Territory Battles in a single image

We won't go into details about Territory Battles in this blog article. It's been covered in depth multiple times.
But what you may look for is a summary of all the phases and prerequisites. Reddit User Ryno shares with us a complete map of the battles and platoons, built on top of the game map so you don't get lost.
It's an upgrade of the map built by ultimatox who put down the concept to expose the platoon's influence.

This infography recaps the influence of platoons, the battle prerequisites (and rewards for special missions).
You've got the short name of the zones as well : no more excuses ! Use this to coordinate with your guild, and get more of those sweet guild event tokens...

Yeah, we're comin' back then with another bombpic.
Think ya know what it's all about ?
Huh !
Hey yo, so check this out* 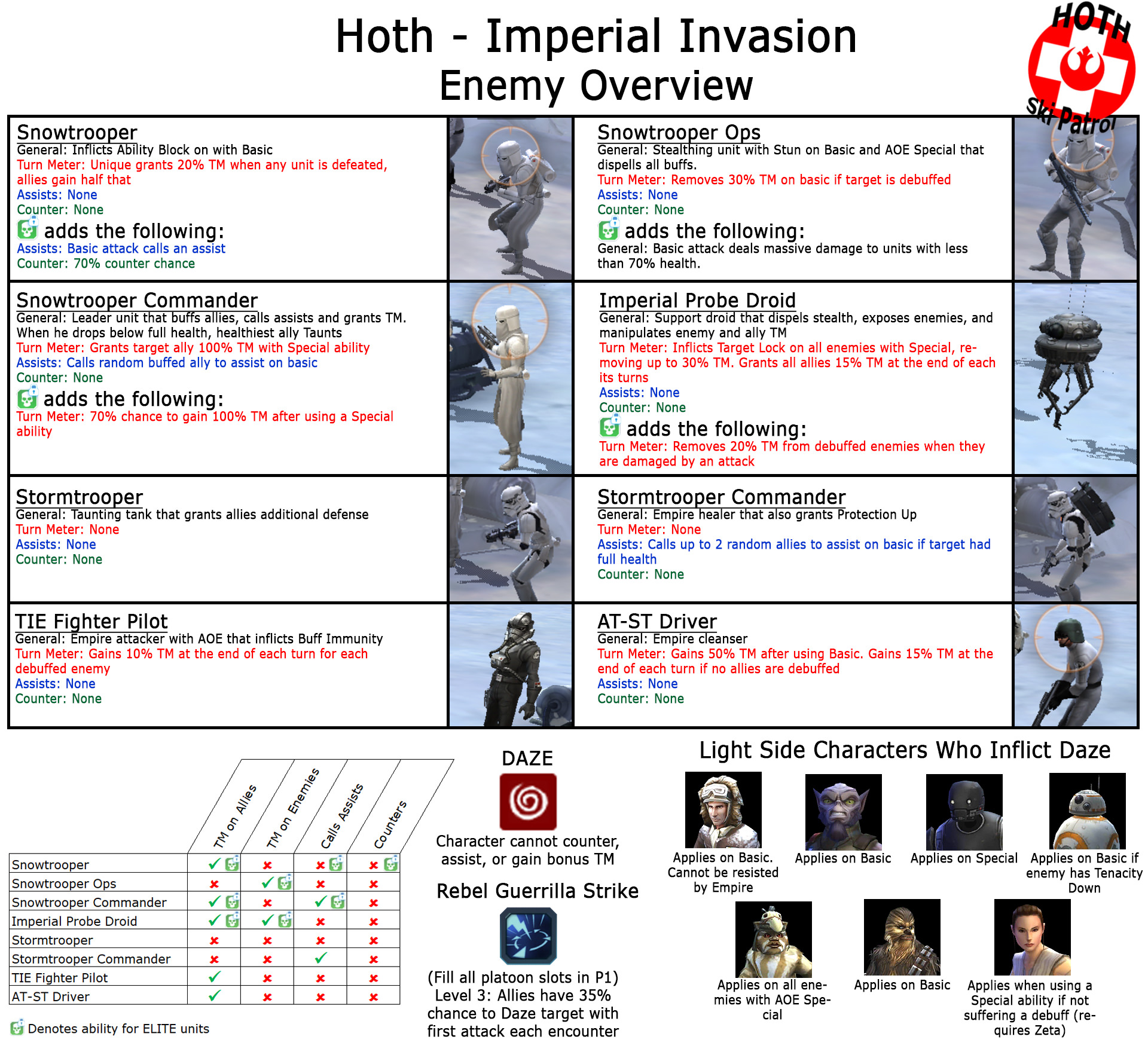 This nice recap is share with us by Meowbacca from the guild Hoth Ski Patrol, and he's got a message for you :

Hoth Ski Patrol is an independent community focused on endgame content and protecting the good people of Hoth from Imperial invaders. Interested in joining one of our guilds? Contact Meowbacca#1429 on Discord

This is mostly aimed at your guild's officers

Thanks to Reddit User kgb_izzy, Here's another all-in-one image showing how to work your way through TB.

Fives steps that most guilds are already doing. If you're still not sure on how to get the best out of each phase, follow these tips !

How long do you need to wait to unlock Hermit Yoda Rewards updated ! (9/21/17) The Third Territory Battle starts in a few hours. The rewards have changed, with a 33% token

CrouchingRancor.com
—
All you need to know about Territory Battles
Share this