Facts gathered and analysis on tournaments in SWGOH

From my observations (and data gathered with guildmates), tournaments are quite easy to understand, yet it's difficult to claim a good spot. In this article, I'll quickly recap the tournament format, will provide some figures about rewards and players, and finally will list a few things to try getting better rewards.
(disclaimer, this is correct at the time of writing, the tournament format may change anytime without notice)

Grind your way up

Tournaments are providing nice rewards : characters or ships that are not yet fully released.
Basically you will need to fight a lot of squads to score points, while other players are doing the same.
Unlike arena, you can't "lock" a player if you fight him, you don't have any timer between battles. You spend ally points to play the same characters again, and try to earn as much tournament points as possible. The player with the most points will receive the best prizes.

The first thing asked when joining a tournament, is to set up a defensive squad. Those characters will be "locked in" to prevent you from giving your opponents (preferably guildmates that join at the same time as you) some easy teams to fight. It's an answer to bad player behaviour, and won't matter much for you.
What's important to know is that your defensive characters can be use offensively.

So put your worst squad in defense to be kind with your fellow gamers. (Do I need to point the irony here ?)

If you read between the lines, you will quickly state the following :

"If I join in the last hour, in a brand new tournament, my opponents won't have a lot of points because the bucket is fresh, and I may secure a good spot"

You're mostly right, I'll talk about this later in this article.

0,02% is the proportion of players that will have the best prize in a tournament. In other words 1 in 5000. Thank you General Grievious Captain Obvious.
Let's see more interesting data; using the Tie Fighter Advanced's tournament as reference (because sometimes rewards are not spread exactly the same way).

There are 330 shards in any character or ship. (They're called blueprints, but it's working the same way). Even if there's credits, training droids or gear in the rewards, what the players are looking after are the (unreleased and powerful) new characters.
The first prize is a full 7* character or ship (330 shards). But shards in rewards are dropping quickly in quantity...
Being 6th, and you're already down to 30% of the max prize ! (100 shards).
And it's getting less and less rewarding (full details in the next part) :

Only 4 players will have half or more of a 7* character.
If you score 5th twice, you won't be able to activate the 7th star. Being top 5 is being in the top 0,10% of players. A 7 star character requires some real work...

WORSE OF ALL
If the rewards includes a character activation (and you already have that character) : you will receive only half the shards of a new character.

Let's see it from another way : 98% of the player base will have at best 8% of the max reward.

A top prize is very difficult top get

For those who want all the details. 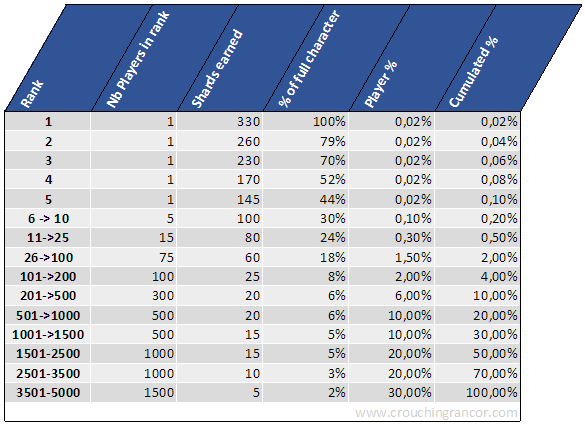 Let's get to work, is there anything you can do to get better results ?

Things that works (more or less)

In fact, that's the most important : when multiple squads can be used again for a few ally points, you will get an edge over players who need to throw 5K ally points per fight.
That doesn't mean you won't spend ally points. But you'll be more efficient, and for the same quantity of ally points spent, you'll have a better score.

First of all : players with very deep rosters, heavy playtime, whale-sized wallets will usually trust the best spots most of the time. Deal with it.
In fact, if your A-squad cannot defeat most of the meta-teams, don't bother playing for Top 25.
If you think you got what it takes, here are some theories. Results may vary because you can't predict how competitive your tournament will be. However, based on the way tournament works, there are different approaches that can give you some edge :

There might be other ways to achieve good results. But what matters all the time is :

But don't forget : invest your time wisely, spending 2 intensive hours to receive 8% of a character might not be the best deal (and that means being top 200...). 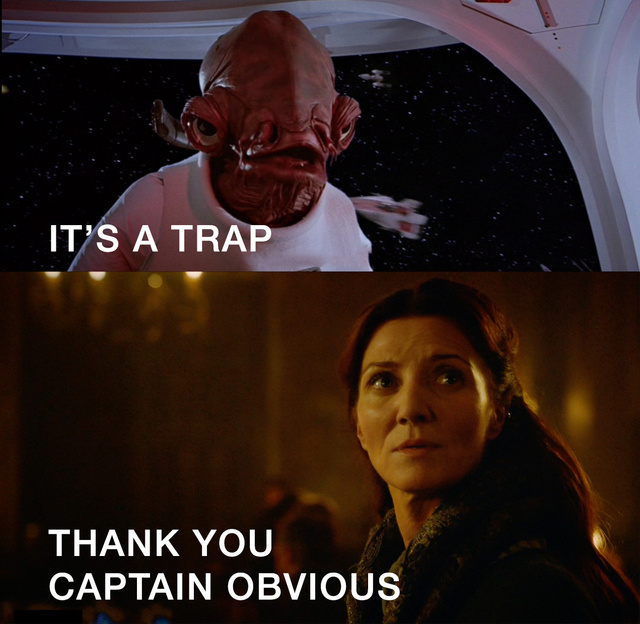 Which mod for every character in SW:GoH Based on the work from redditor Skelturix (Click here for original content), I did a little upgrade to his spreadsheet, transforming it in a searchable

Ship leveling cost calculator, for ships and capital ships Disclaimer : There are a few responsive issues, sorry Just check the small box to flag a ship as capital, it'll update the upgrade cost.

CrouchingRancor.com
—
Tournaments in Star Wars Galaxy of Heros
Share this