Disclaimer : There are a few responsive issues, sorry

Just check the small box to flag a ship as capital, it'll update the upgrade cost.

What's more interesting is the way the price rises... 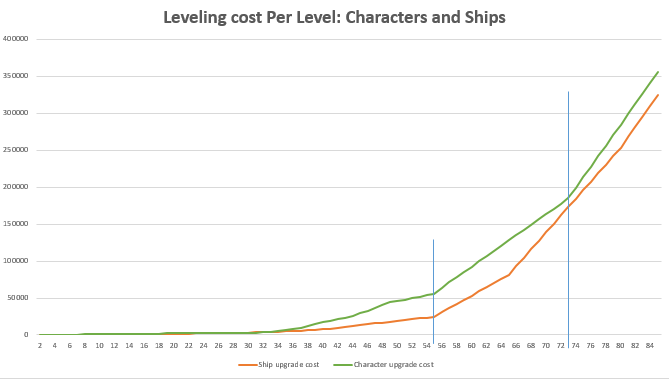 Ships are a little cheaper to upgrade than characters. However the fleet credit income is scarce... Maxing a ship, at the time of writing requires dedication !

Both lines follow the same trend at the beginning : with a break at level 53. Getting a ship to level 60 is relatively easy, going further costs a lot.
Indeed : when the second cost increase happens at level 73 for characters, for ship the second break happens at level 66 !

Compared to characters, it's relatively easier for ships to reach level 55 (with a total cost of 344,850 fleet credits).

And the same graph with capital ships... 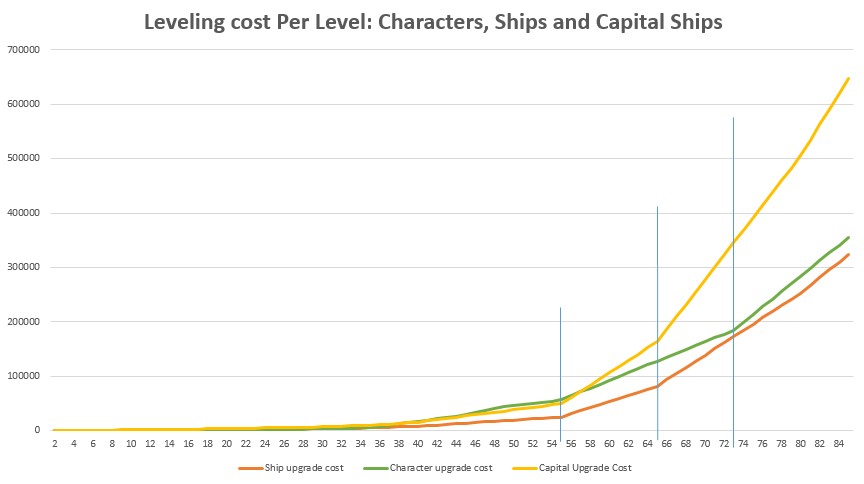 Capital ships are more expensive.
Starting at level 75, it's more than 400K credits a level, and increasing quickly.

Facts gathered and analysis on tournaments in SWGOH From my observations (and data gathered with guildmates), tournaments are quite easy to understand, yet it's difficult to claim a good spot. In this article,

Because there's a path to follow Despite Star Wars Galaxy of Heroes being a collection game, where owning characters from the saga is a goal, you can't get them all quickly. You'll need